This is a story about how one good post is worth a thousand mediocre ones, and how a brand-new website can gain authority and massive pageviews overnight.

Earlier this summer I decided to try and download the entirety of Wikipedia onto a flash drive to see if it could be done.

Through trial and error, and hours of hiding from my wife in the basement, I finally got it to work.

When I showed my friends they all displayed genuine interest and excitement, and had never considered doing this before.

So when autumn rolled around, and I started working on this blog again (which I had ignored for the previous year), I decided to write-up a guide with instructions on how to make your own Wiki USB drive.

I wrote the post in about 2 hours and hit publish.

Once the blog post was live, I wanted to promote it since I had a feeling other Wikipedia nerds would be interested, and I could get some views to my barren wasteland of a site.

This resulted in a few upvotes and something like 13 visits to my site. But 15 minutes after posting, the forum moderators removed my post for some unknown reason.

Perhaps I haven't participated in that subreddit enough historically, or maybe they were just jealous of how cool the article was. Either way, that put an end to the tiny stream of traffic.

So I closed my computer and decided I'd try again another day.

But as luck would have it…

One of the few people who did see the post on Reddit re-shared it on another site called Hacker News.

I had heard of this site in passing, but I never considered sharing content there myself as I thought it was strictly a coding/computer engineering forum.

But I was wrong about that, and something magical was about to happen.

When you throw a tiny stone into a lake, the water ripples out from around the point of impact in ever-widening circles.

The energy travels much further than your original throw.

The internet works the same way, where tiny actions lead to wide results.

A few hours after I had given up, I got a notification from my WordPress app that my site was seeing a spike in traffic. When I pulled up the details, there were thousands of views coming from Hacker News.

Some of those viewers had websites of their own that they used to share links to my post.

This ultimately resulted in 102 (and growing) new links to my site, which are also still providing their own streams of traffic.

All thanks to a random person who saw my post at a random time and decided to share it.

While it was exciting to see all these pageviews as validation for the idea itself, it's mostly a vanity metric- something that looks cool but doesn't really impact life that much.

A big spike in traffic gives you bragging rights, but in this case, it didn't bring me any money since I wasn't running any advertisements or selling anything on that page when the traffic hit. But that doesn't mean it's worthless.

The biggest value here is the second and third-order effects of the 102 new backlinks received.

Here's why backlinks matter: If a website that Google trusts links back to your website, it sends a signal to Google that your website is credible. This makes it much more likely for your website to come up in the search results for a given search term.

Since most people never click past the first page of search results, the competition to get your article as one of the top 10 is fierce. And when Google sees that a lot of posts are competing, they look to factors like how many backlinks point to your post to determine who ranks higher.

The point is that more backlinks = increased chance of being a top search results = free traffic to your website on an ongoing basis. And for a brand new blog that I'm growing from zero, that's something to be excited about.

Big Lessons and How To Replicate Success:

At the time I published the post that went viral, I only had 4 other blog posts on this site. They had all been published for over 8 months and had gotten no views or links. When comparing the Wikipedia Flash Drive post with my previous posts that got no attention, my biggest takeaway was:

This means that after reading your post, your reader should be able to do something they couldn't do before.

Don't get me wrong – there are certainly many websites that focus on pure entertainment.

But if you're starting from scratch and trying to write up some linkbait to establish your site, then try to think of something cool. Something that makes people think "Yeah, I wanna know how to do that!" or "Sharing this would make me look interesting or cutting edge."

Anyways… since this is still a new site and I'm still learning a lot, my intention is to publically record the experiences and learnings and continue to share traffic and revenue figures as the site grows.

I'm posting here because I'm curious if any other bloggers have ever had a semi-viral moment like this, and want to know if it provided you an Search Engine Optimization (SEO) boost at all?

Happy to answer any question and curious to hear your thoughts!
15 💬🗨

To Find Suitable Sites for Guest Posts and Backlinks

16 Months of Buying Links: What I learned, and What to Avoid

To Find Suitable Sites for Guest Posts and Backlinks 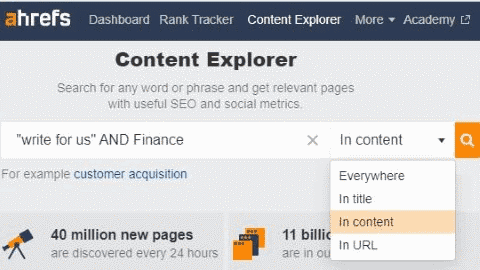 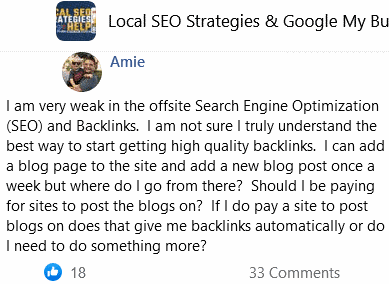 Embed the link of this post
G. News 1G. News 2TwitterFacebookWhatsAppBufferLinkedInPin It